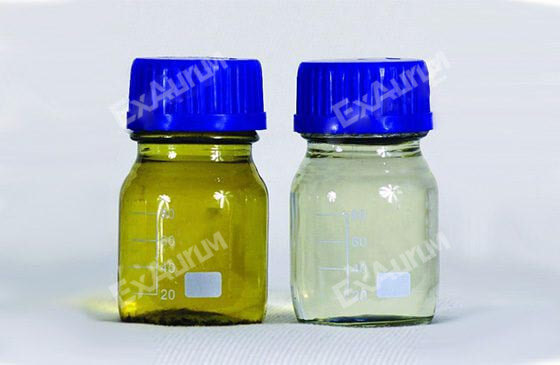 Among all flotation reagents, the main function of flotation collector is to change the hydrophilicity of the mineral surface, enhance its hydrophobicity, and increase the adhesion of the mineral on the bubble, which can make the minerals more floatable and shorten the induction time.

Since most of the minerals in nature are hydrophilic, the flotation collector is widely used in flotation operations as a kind of flotation reagent. Generally, it can be divided into polar collectors and non-polar collectors. The commonly used collectors for flotation are mainly xanthate, dithiophosphate and thiocarbanilide, etc. Among all flotation reagents, the main function of the flotation frothers is to promote the formation of uniform bubbles and enhance the elasticity of the surface of the bubble. It can also make the bubbles generated by flotation more stable and not easily deformed. Even when subjected to vibration or other external force, bubbles are less likely to rupture. In addition, the stability of the foam is also affected by the pH of the pulp, the soluble salt content, etc. The commonly used flotation frothers are mainly pine oil, methyl isobutyl carbinol (MIBC) and so on.

pH modifiers: It is a kind of reagent mainly used to adjust the pH value of the flotation slurry, control the surface characteristics of the mineral and the chemical composition of the slurry to achieve the conditions required for flotation. Commonly used pH modifiers are lime, sodium carbonate, sulfuric acid and sodium hydroxide, etc.

Activators: It is a kind of reagents mainly used to enhance the floatability of minerals in flotation process, change the composition of the mineral surface, and enhance the effect of the collector. The non-floating minerals can float under the action of the activator. Among the flotation reagents, commonly used activators for flotation are sulfuric acid, sulfurous acid, sodium sulfide, copper sulfate and so on.

Inhibitors: It is a kind of reagents mainly used to increase the hydrophilicity of minerals and to form a hydrophilic film on the surface of the ore particles in flotation process. At the same time, it inhibits the action of the collector on the mineral and reduces the floatability of the mineral. Among the flotation reagents, commonly used inhibitors for flotation are sodium thioglycolate, sodium sulfide, sodium silicate and sodium cyanide.

Dispersant: It is a kind of reagents mainly used to prevent the aggregation of fine-grained minerals and make them in a monomer state in flotation process. The particles can be easily wetted in the medium while remaining in a dispersed state. Commonly used dispersants mainly include sodium silicate and phosphate. The above describes the principle of action of various flotation reagents in the flotation process. In actual production, the flotation scheme should be formulated according to the nature of the sorted minerals. First we need to determine which minerals need to be inhibited or activated, and choose the right type of flotation reagent. For example, in the flotation of lead-zinc sulfide ore, it is necessary to separate lead, zinc and sulfur. At this time, flotation reagents are used to change the nature of one of the minerals and separate them one by one. In the case of lead-zinc separation, the “zinc-inhibited and lead-collected” program is usually adopted. That is to say, an inhibitor that inhibits zinc is added to the slurry to preferentially float the lead ore. In the process of zinc-sulfur separation, it is common to use lime to depress iron sulfide, to activate sphalerite with copper sulfate (a kind of activator), and to collect sphalerite with xanthate (a kind of collector). In addition, pH modifiers are used to adjust the pH of the slurry to facilitate flotation.